Dogs and cats are territorial animals. This means that they “stake out a claim” to a particular space, area or object. They let other people and animals know about their claim by marking it with a variety of methods and at many levels of intensity.

Urine marking is not a house-soiling problem, but is a territorial behavior. Therefore, to resolve the problem, you need to address the underlying reason for your pet’s need to mark his territory in this way.

House Soiling Or Urine-Marking? Your pet may be urine-marking if:

What You Can Do

What Not To Do

Don’t punish your pet after the fact. Punishment administered even a minute after the event is ineffective because your pet won’t understand why he is being punished.

Dogs and cats don’t urinate or defecate out of spite or jealousy.

Urine-marking is often associated with dominance behavior. While this is sometimes the case, pets may mark when they feel anxious or upset. 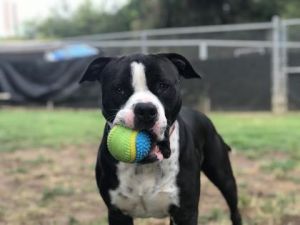 Dobby is a curious and thoughtful young man. He has a warm personality and a desire to bond with his... View full description »